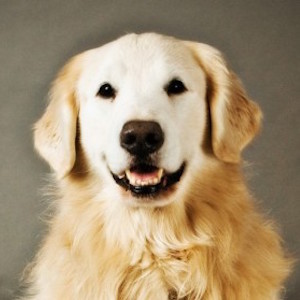 Our hearts go out to North Star Therapy Animals member Mary, whose long-time partner and friend Reggie passed away in January 2015. Reggie made so many meaningful connections during his many visits over the years, and those special gifts will never be forgotten.

When Reggie first came to live with Mary and her husband, they had hopes of showing him in the breed ring. As it turns out, Reggie grew up with curly hair and his color was considered too light. Instead, Mary’s husband Ed showed him in obedience and flyball. Reggie insisted on carrying the team clipboard into the racing ring. This helpful habit led to Reggie later carrying in the mail, newspaper, items from the freezer downstairs, and he even helped put away groceries! Reggie has his CD and CDX from obedience, but finally retired from showing. Later, Mary lost her job and found herself wondering what she would do during her free time. She decided to train Reggie to be a therapy dog!

Mary and Reggie visit as a North Star Therapy Animals team and participate in the Reading Education Assistance Dogs (R.E.A.D.) program at Zachary Lane Elementary school in Maple Grove as well as several local libraries in the Hennepin County Library system. As Reggie is now a little older and has lost his hearing, Mary says most of the time Reggie will fall asleep while a child reads to him. However, Mary says once in a while Reggie will stay awake, which always makes her think there must be something very special about that particular child.

Although he is now deaf, he manages very well by following the hand signals he learned through obedience training earlier in life. Nowadays Reggie gets to spend plenty of time resting and relaxing – time that is certainly well-deserved!